I’m just getting started with PanPhlAn for analysis of dominant microbes in throat swab shotgun metagenomic data. I have run PanPhlAn against species which have the most reads according to kraken2 (e.g. Rothia mucilaginosa mean 3.2 million read pairs per sample). I used the original Illumina fastq files (first pair, 150 bp), without filtering out human reads, or reads from other organisms. 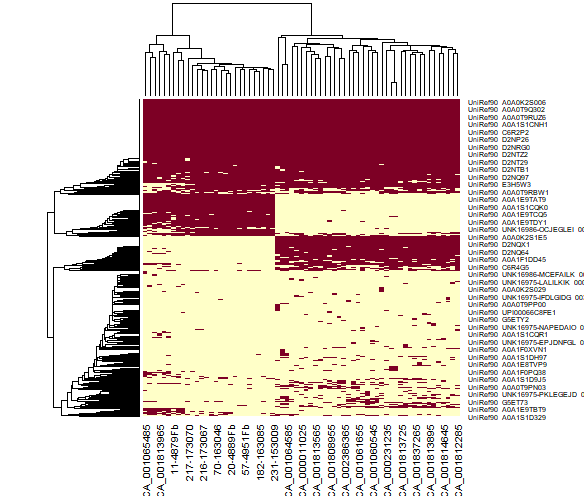 I can see that all Rothia in our samples cluster with one set of reference genomes.

I just want to check: (1) Does this look like the sort of results one might expect? (2) Am I better to filter out human and even other organism reads before running PanPhlAn, and (3) How best to handle paired end reads?

Thanks for your advice,

thanks for your interest for PanPhlAn.

I hope this answer all your question. Feel free to ask if you need more details.